HP-19BII door on the back calculator


This calculator operates on 4.5VDC from 3 x "N" or "LR1" battery cells.
From its serial number, I understand this calculator was made in Indonesia with a manufacturing date of July 2001 (week 29).

According to the Kees's site, the 19BII model was introduced in January 1990 and discontinued in September 2002.


There are two variants concerning the battery compartment door.
The common and original variant have the battery door on the side, as used on the HP-28S as well,
and due to a design flaw it breaks easily  after some battery replacement operations.

This issue was later fixed on the HP-19BII on the latest production batches made in Indonesia, probably starting in January 2000 (just a guess, see below) until the discontinuation date of September 2002.

I have got some pictures taken from Internet for this later variant with battery on the back and the lowest serial number I could find so far is ID004 (year 2000 week 04).

As it is now, the dates interval would be at least from January 2000 to September 2002, less than three years in production.

This would make this variant kind of rare, explaining the high selling prices on the auction sites. 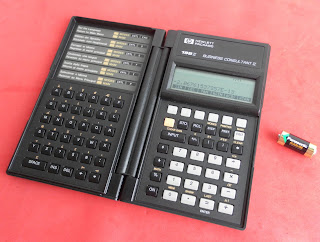 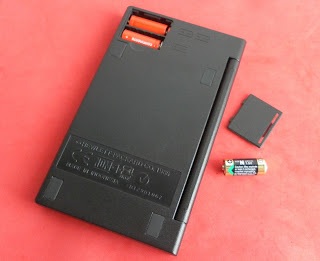 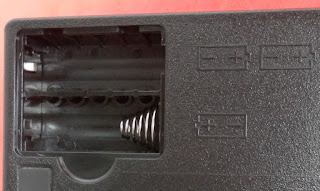 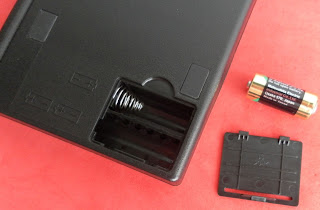 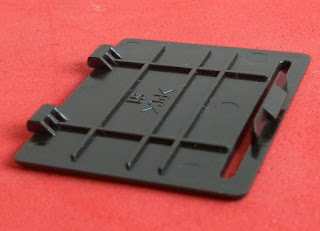 Details of the original Panasonic "N" battery cells that came with the calculator bought new in the box on year 2001. These batteries shows a expiration date of 05-2006. 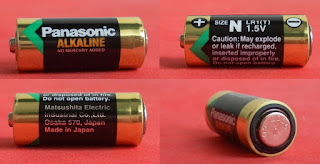 Somehow some batteries don't fit nicely inside the battery compartment. I had to apply serious force to convince the two batteries that goes in a row to go inside. The third battery going alone in its dedicated bay fits easily.

As the original Japanese Panasonic cells that the seller had were totally depleted (0.9V), I used some cheap supermarket Chinese OEM re-branded cells (in red color on the picture below) and these are bigger (around 1mm longer) than the original ones. This results in 2mm more to be fit between the battery contacts, creating a huge pressure on the battery compartment walls.

I also have some recent Maxell Chinese cells that are identical to the Japanese original ones. 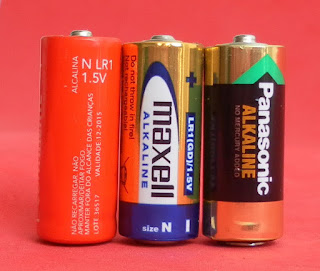 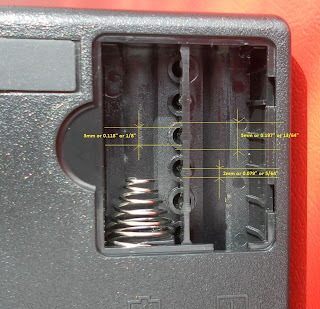